In the Life of a Fawn - NoVa Deer Shield
15994
post-template-default,single,single-post,postid-15994,single-format-standard,ajax_fade,page_not_loaded,,hide_top_bar_on_mobile_header,qode-child-theme-ver-1.0.0,qode-theme-ver-13.9,qode-theme-bridge,disabled_footer_bottom,wpb-js-composer js-comp-ver-6.7.0,vc_responsive

In the Life of a Fawn 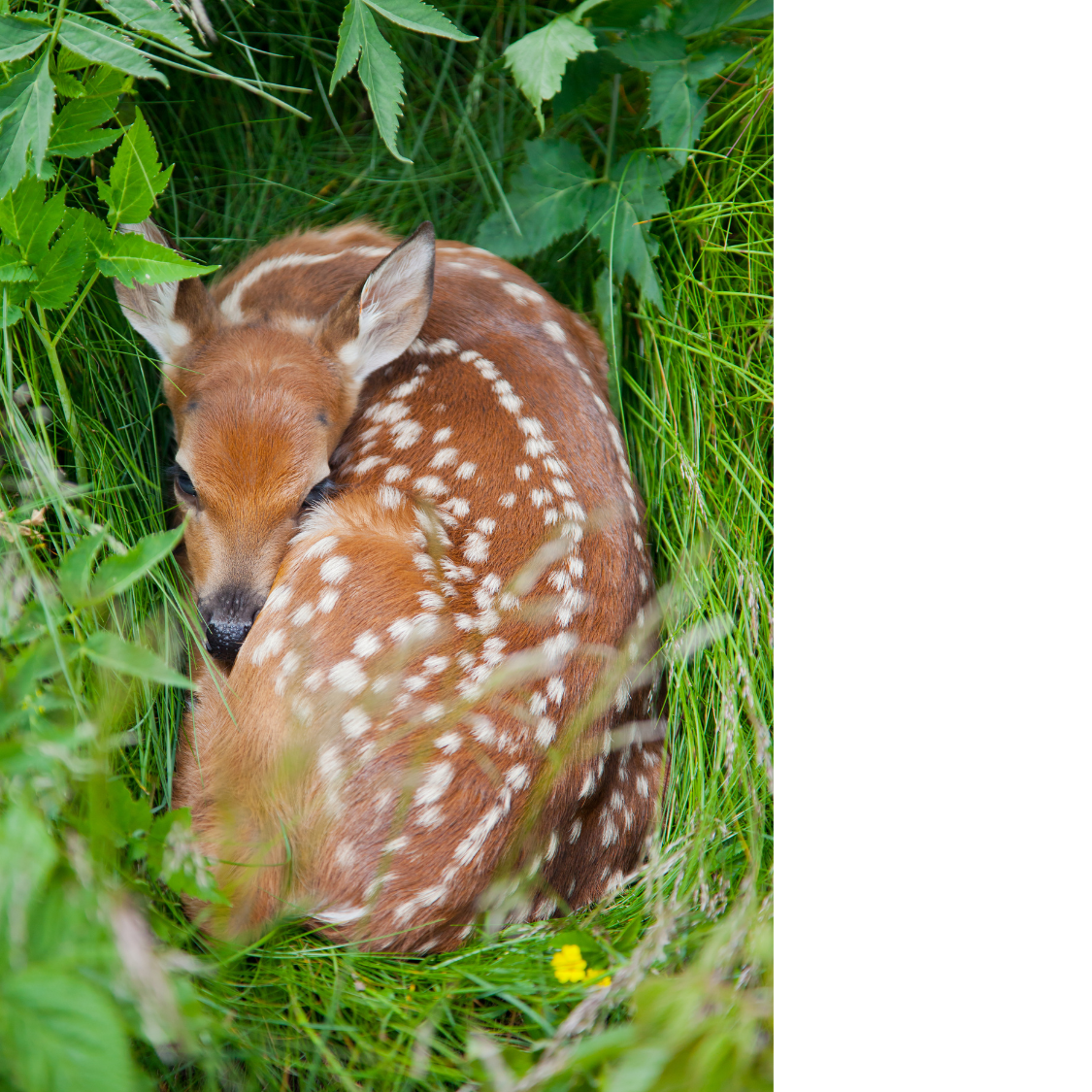 By Riley A Meyers

Did you know that a baby deer, or fawn, can stand and walk within minutes of being born?

‘Tis the season for fawns! Now that July is here the deer birthing season is almost over. Most fawns were born in May/June but could have been born as early as mid-April. If you have been out-and-about you may have seen a fawn or two trailing behind its mother. You may have come across one curled up by itself in a field or on a forest edge. These baby deer might look alone, but do not worry their mother is often nearby.

When a fawn is born, they tend to be about 4-8 pounds. However, they quickly grow thanks to the nutrients from their mother’s milk. A doe will slowly introduce foraged food into the fawn’s diet so that they can gradually stop consuming milk. While they are nursing, the doe will stow their baby in a “safe” place and then go to collect food. If the mother had more than one fawn, she will hide her fawns in separate places for safety. The doe will return 2-3 times during the day and feed the fawns a short distance away from their hiding spot. This helps reduce the doe’s scent at the fawn’s bedding spot and protects them from predators.

A doe will go to great lengths to protect and raise her fawn. If a fawn reaches the age of one year, then the doe has succeeded. She may have frustrated a few locals by munching on their landscaping, but to her it is survival. You might eat your neighbor’s day lilies if it meant feeding your baby.

For some more interesting information on fawns, see the links below:

What To Do If You Find A Baby Deer – YouTube

Sorry, the comment form is closed at this time.